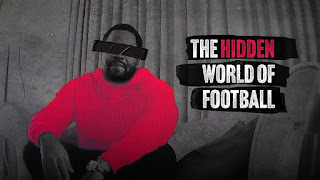 The BBC discreetly filmed a footballer who played in lower league clubs across the UK helping to recruit players for an international spot-fixing operation.
Spot-fixing is an unlawful activity in which people modify game events such as yellow cards and corners so that criminals can profit by betting on them.
Undercover journalists posing as businessmen secretly filmed four meetings with French-Congolese footballer Emile N'Goy, who has recently played in the lower leagues of Wales, England, and Scotland, and his brother Hermes N'Goy over the course of 20 months for BBC Wales Investigates.


In one of the meetings, the undercover journalists were introduced to three other footballers who had all been playing in European domestic leagues. Idris Laib, Jean-Francois Mbuba and Julien Vercauteren all claimed they had participated in match-fixing operations in the past, and said they would do it again for cash.
In a later meeting in Paris, Hermes N'Goy told the undercover journalists: "It would be like 500 euros for a throw-in, a corner, a free-kick. One thousand for a yellow card. And the red card will be 2,000."
Former FIFA match-fixing investigator Terry Steans looked at the BBC team's undercover footage and said: "He's got players on board, like-minded, that will do what he wants them to do, already. So, I think he's deadly serious.
"It's very hard to detect. It's one of the hardest things to investigate without the full weight of the police force behind you with the tools."
Emile N'Goy joined Llanelli Town FC in 2019. Since then, he has played for Brechin City and Stranraer in Scotland, and Dorchester Town in southern England. He also said he'd had a trial at Hereford.
There's no suggestion any of the clubs he played for, or any other players at those clubs, were involved.
When asked by reporter Wyre Davies for his response to the allegation he was willing to get players involved in fixing, Hermes N'Goy said: "I don't know nothing about that. I don't know what you're talking about."
In a later statement, he said he and his brother, Emile, strongly denied doing anything illegal. The three players who all said they had fixed before were also contacted. None of them replied, but Hermes N'Goy told the BBC they also strongly denied doing anything illegal.
The Hidden World of Football also looks at the vulnerability of lower league football in the UK to corruption and investigates the ownership of Bangor City FC.


The Hidden World of Football out now on BBC iPlayer