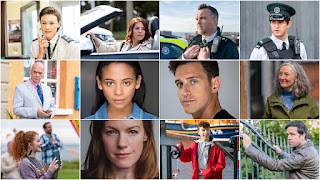 Following the success of Hope Street, filming for the second season has begun, promising a treat of riveting narrative, engaging characters, and breath-taking locales.


Ciaran McMenamin who plays Inspector Finn O'Hare says:
"I'm over the moon to be on the Hope Street beat again. It was touch and go for Finn at the end of last season, but I'm glad to say he'll be back where he belongs with Marlene and Callum, dealing with the unique challenges thrown at them by all your old favourites, along with a motley crew of wonderful new characters. I couldn't be happier to be back home in Northern Ireland for the shoot this summer. The new scripts are brilliant, and sure, where would you rather be?"
Keep your eyes peeled for series two of Hope Street, returning to BBC Daytime and BBC One Northern Ireland later in 2022.