Miriam: Death of a Reality Star - Coming to Channel 4 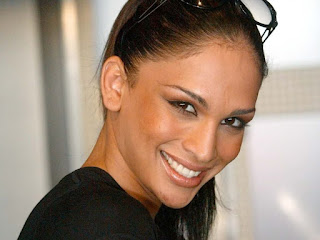 
The series will reinstate Miriam as the protagonist of her own narrative—a trans trailblazer who is still widely regarded as an idol in the transgender community—using her own words and voice throughout.
There's Something About Miriam from 2004 stood out in a crowded field as one of the most contentious reality series of the early 2000s. Six gullible men competed to win the love of Miriam Rivera, a stunning supermodel from Mexico, in a lavish Ibiza villa. Miriam didn't tell the boys she was born as a male until the very end of the final episode.


What followed was global infamy and a tabloid savaging, and fifteen years later Miriam was tragically found dead in her mother's apartment in an apparent, (though disputed), suicide.
Miriam: Death of a Reality Star: is set against the backdrop of an extraordinary time in television history, this series will look at Miriam's life before, during and after reality TV fame.
Drawing on rich archive and with exclusive access to Miriam's family and close friends from the trans community, each episode will take the audience into the colourful worlds she inhabited – from New York drag ballroom to the streets of Mexico; trans porn to international escorting.
And running throughout will be the stranger-than-fiction, behind the scenes story of the show itself – its genesis, production and its fallout - at a time when attitudes to trans people were very different to today.