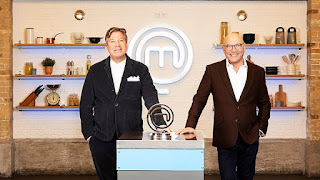 This summer, BBC One will host the return of Celebrity MasterChef, featuring an all-star cast of comedic greats, world champion athletes, multi-award-winning singers, and stars of movie and stage competing for the coveted Celebrity MasterChef 2022 title.

John Torode MBE and Gregg Wallace MBE will once again put 20 well-known faces to the test over the course of six weeks in a show produced by Shine TV, a Banijay UK subsidiary. Who has the taste and ability to chop, slice, and sizzle their way to winning the coveted Celebrity MasterChef trophy will be revealed.