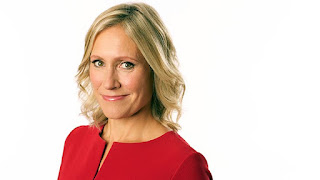 On Monday, July 25, the BBC will air a live televised hustings featuring the top two contenders for Conservative Party leader after the network said that all four remaining candidates had agreed to participate if they advanced to the top two.
Our Next Prime Minister, hosted by Sophie Raworth, will air live from Stoke-on-Trent at 9 p.m. on BBC One with commentary from BBC Political Editor Chris Mason and BBC Economics Editor Faisal Islam. The 60-minute show will be simultaneously broadcast on BBC Radio 5 Live, and after the debate, coverage will continue on BBC News Online and the BBC News Channel.


Jonathan Munro, Interim Director of BBC News & Current Affairs, says: "We're delighted to be offering BBC audiences the chance to be part of this pivotal moment in politics and hear, first hand, from the final two candidates as they compete to succeed Boris Johnson as Prime Minister."
The BBC will also invite the final two candidates to take part in a televised one on one interview with Nick Robinson in Our Next Prime Minister: The Interviews. More details will be released soon.