Shane Richie returning as Alfie Moon on Eastenders this autumn 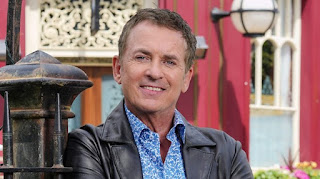 Alfie, a man with a large heart, stole the hearts of viewers right away with his cheerful and mischievous nature. Alfie's life hasn't been easy, either, as many of his well-intentioned schemes and dubious ideas have ended up backfiring and put him in peril over the years.
Alfie's homecoming will undoubtedly turn a few heads because of the individuals he has offended in the past, especially his ex-wife Kat Slater. Throughout the years, a lot of notable events have revolved around Kat and Alfie's tumultuous relationship, but in 2018, when Kat learned that Alfie was the father of her cousin Hayley's child, things ultimately came to an end for them.


With the past quickly catching up with him, Alfie decided to flee Walford in 2019, making an enemy of Phil Mitchell in the process. So just what is bringing Alfie back to the Square? One thing for certain is things are never straightforward for Alfie but if anyone can charm their way out of trouble it's Alfie Moon.
Alfie will be back in Walford this autumn but viewers should keep their eyes peeled in the coming days for a clue of what's to come…
On returning to EastEnders, Shane Richie says: "It's an absolute honour and privilege to be asked back to my TV home of Albert Square. I'm looking forward to catching up with some old cast mates and meeting some new ones. The new exec producer Chris Clenshaw has been instrumental in wanting to bring Alfie Moon back with some wonderful storylines… and who am I to say no?! I can't wait."