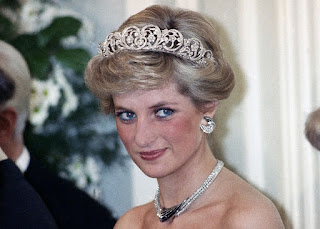 In order to give the whole tale of the two police investigations into Princess Diana's death, one by the French Brigade Criminelle in 1997 and one by the Metropolitan Police in 2004, Channel 4 has commissioned Sandpaper Films to produce a four-part documentary. Because for some bizarre reason, they think that we need yet more documentaries on the death of Princess Diana.


When Princess Diana died in a vehicle accident in 1997, it startled the entire world and sparked a discussion over how and why she passed away. Investigating Diana: Death in Paris will examine how both investigations struggled to distinguish reality from speculative elements thanks to its exclusive access to the top investigators on both sides of the English Channel, many of whom are speaking for the first time. In the series, we'll see how detectives followed every clue while dodging faulty memories and dubious witnesses. It will also look at how the public's insatiable thirst for information led to unprecedented media coverage and the growth of online chat rooms, where rumours about the "true reason" of Diana's death became one of the first internet phenomena to go global.


Told as a gripping and forensic police procedural, the series will explore how powerful individuals, the press and the internet created and fuelled conspiracy theories that overwhelmed facts and called into question the very nature of truth.

I hope that no one watches this, and TV channels will stop using the death of a Princess just to get ratings.

Tamzin Outhwaite, Niamh Cusack and Ella Smith join the cast for series 2 of The Tower 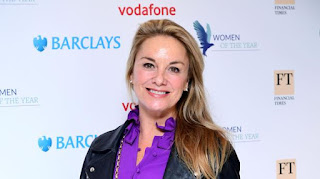 Finally some proper news, with actual talented actors! The Tower series 2 is currently filming in an undisclosed part of North West England, and Tamzin Outhwaite (Ridley Road) is joining the cast as Cathy Teel, Niamh Cusack (The Virtues) plays Claire Mills, and Ella Smith (The Nevers) takes the role of DC Elaine Lucas.

The Tower II: Death Message is based on the second book in Kate London's Metropolitan series of novels, and is adapted by screenwriter Patrick Harbinson (Homeland, Fearless, 24, ER) and produced by his company Windhover Films and leading production company, Mammoth Screen.

Patrick Harbinson: "It's a tribute to the quality of Kate's novels and her complex female characters that we have been able to attract these three brilliant actresses to The Tower."

They will join Gemma Whelan who returns to the series to play DS Sarah Collins, Tahirah Sharif, who was recently BAFTA-nominated for her role as PC Lizzie Adama, Jimmy Akingbola as DC Steve Bradshaw, and Emmett J Scanlan as DI Kieran Shaw.  Stuart McQuarrie (28 Days Later) also joins the cast in the role of Sarah's new boss, DCI Jim Fedden.

Made in Chelsea visits Mallorca 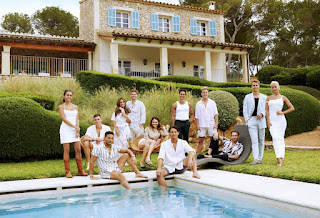 Just when you thought it was safe to take your summer holiday again, the Made in Chelsea gang are descending upon a posh area of Mallorca for a summer like never before, and by that I mean exactly the same as their usual summers in a hot, exclusive area that us normies are either not allowed to go or cant afford.

Seriously, just look at them, bunch of talentless privileged wannabes. Never worked a day in their lives.

The Chelsea toffs will have their staff packing their cases and soaking up the sun in two glamourous villas, paid for by Government Owned Channel 4 and funded by the taxpayer, for a spot of Balearic bliss. But as the series promises the usual pre-determined cocktail of love, laughter and drama, the question is will tensions rise when a mysterious ex-girlfriend re-appears, will relationships be put to the ultimate test and will any old wounds be re-opened? Yes, of course they will, because that is exactly how the writers and producers have planned for.

Sunning it up in Mallorca are a bunch of no names, desperate to become celebrities, here they are not that you really care, unless of course your name is on here: 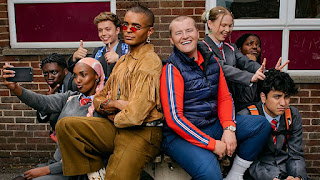 It's lights, camera, action on the eagerly awaited 4th series of popular comedy Bad Education as filming begins in London.

Released today is a first-look photo from the new series, showing the new leads - former Class K students, fabulous diva Stephen (Layton Williams), and lovable geezer Mitchell (Charlie Wernham) will return as Drama and PE teachers, to 'educate' a new gaggle of rebellious misfits.
Bad Education's 4th season, due to air in early 2023, is set to return to BBC Three 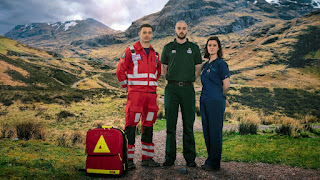 Rescue: Extreme Medics tells the gripping stories of those unfortunate enough to need extreme, life-saving medical care when they're struck low in Scotland's wild and inhospitable landscapes.
And it follows the extraordinary work of the clinicians, expert call handlers and specialist life savers who respond to these emergencies and make critical decisions in less than perfect conditions.
With multiple access-points across Scotland, this series will show the minute-by-minute decisions that are made as medics and paramedics battle to save lives, revealing the unique challenges they face on a daily basis.  Where possible the series will follow from the initial 999 call through to the moment the patient leaves the hospital to return to their life at home.

Big Brother is returning to ITV2 and ITVX in 2023 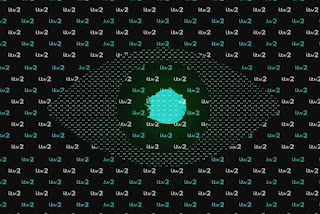 For up to six weeks, a brand-new group of carefully chosen housemates from all walks of life will live in the most renowned reality TV house in the world. Cameras will be trained on them at all times, and the country will be watching their every action.
The classic Big Brother home, which will receive a fresh new look in preparation for this reworking of the program, will serve as the setting for all of the action. With the public once again playing a major role, voting throughout the series and ultimately deciding the winner, who will walk away with a life-changing financial prize, clever tasks, suspenseful nominations, and live evictions will return.


Paul Mortimer, Director of Reality Commissioning & Acquisitions and Controller, ITV2, ITVBe and CITV said:
"This refreshed, contemporary new series of Big Brother will contain all the familiar format points that kept viewers engaged and entertained the first time round, but with a brand new look and some additional twists that speak to today's audience. We're beyond excited to bring this iconic series to ITV2 and ITVX where it should especially engage with our younger viewers." 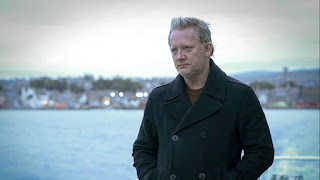