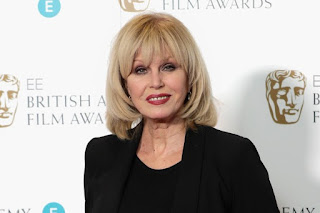 The series will be produced by RED Production Company (a STUDIOCANAL company) in association with Bright Pictures TV, Buddy Club Productions and Genial Productions.

BAFTA-nominated Hawes (The Durrells, Bodyguard, Line of Duty) plays the role of Alice, and will be joined by a star-studded cast including Joanna Lumley (Gangster Granny, Absolutely Fabulous) and Nigel Havers (Benidorm, Coronation Street) as Alice’s parents Sarah and Roger, and Jason Merrells (Agatha Raisin, Safe House) as her husband Harry.

The series (6 x 60’) focuses on Alice’s honest, raw, blackly comic journey of grief, love and life after the death of her husband Harry. After moving into their newly finished dream house, Harry dies after falling down the stairs. Having designed the weird and wonderful, yet impractical house before he died, the move is one more disorientation for Alice, alongside her sense of loss and abandonment. Her beloved partner of 20 years is no more, and now she can’t even find the fridge. If that were her only problem… men have a habit of hiding stuff that they don’t want to deal with, and Alice discovers that Harry was worse than most.

Nicola Shindler, RED Production Company CEO and executive producer added; “To have such a strong calibre of actors join the cast alongside Keeley to breathe life into these complex characters is incredibly exciting, and I look forward to audiences meeting them.”