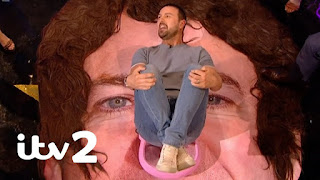 After much anticipation, ITV2 and Talkback (part of Fremantle) today confirmed that Paddy McGuinness (Take Me Out, Top Gear) will be the new team captain on the award-winning panel show, Celebrity Juice. Stacey Solomon (Loose Women) will also join the team as a series regular.

Joining host Keith Lemon and fellow team captain Holly Willoughby, Paddy takes over from Fearne Cotton who, at the end of last year, announced she was leaving the show after ten fun filled years.

Paddy McGuinness says: “I was a guest on the first ever episode and I’ve done every series since so I’ve always felt like part of the Juice family. Keith’s one of my best mates, I love Holly and we all have a natural rapport. I’m looking forward to the chaos!”

Stacey Solomon added: “I’m so bloomin’ excited to be joining the Juice family. I have loved the show since it began and always enjoyed being a guest so to get to be part of the furniture is a dream come true. So here goes nothing. Wahoo.”

Viewers will be able to see the exciting new line up on the most outrageous show on the telebox when Celebrity Juice returns to our screens in March. Across the 10x45 min series, viewers can expect the usual mix of hilarious games, stunts, challenges and celebrity guests.

Other celebrity panellists across the new series include Amanda Holden, Emily Atack, Will Mellor and Johnny Vegas with more guest stars to be announced.

Jonno Richards, Talkback’s Director of Programmes said: “We can’t wait to get started with Paddy, Holly and Keith on a brand series of Juice. With this line-up, anything could happen!”

Saskia Schuster, ITV’s Comedy Controller added: “We welcome Paddy and Stacey to the Celebrity Juice gang.  All we can predict is unpredictability as they take their seats for the new series. Bring it on!"

The brand-new series of Celebrity Juice was ordered for ITV2 by Saskia Schuster, Controller, Comedy. It is made for ITV2 by Talkback (part of Fremantle) and executive produced by Leon Wilson, Jonno Richards and Dan Baldwin. The Series Producer is Jessie Swanson.