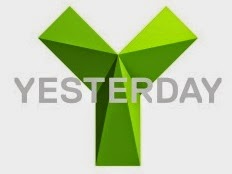 1/6. Black Triangles
This compelling new series, exclusive to Yesterday, opens up recently declassified, top secret government files to investigate one of the great unanswered questions of our time: do UFOs, and extra-terrestrial beings, really exist?

Unknown to most people, there are heavily secured government facilities all over
the world that contain thousands of classified top secret files that document UFO
sightings, alien encounters and other strange and unexplained occurrences.

These documents contain the truth behind the mystery and legend surrounding
extra-terrestrial activities. Never seen before military reports and interviews from
the key witnesses of claimed UFO sightings are revealed for the first time, while
unearthed footage contains highly sensitive material from secured government
facilities, which was hidden from the public domain... until now.

Using dramatic re-enactments, CGI, interviews with experts and, most
importantly, the top secret files themselves, UFO Declassified pieces together all
the information that has been gathered and tries to answer the questions; what
really happened? And does this give us more reason to believe that aliens exist?
The first episode recalls how in the 1980s and 1990s mass sightings of large,
black, slow moving, triangular objects began to occur in the night sky. In March
1990, NATO scrambled D-16 Fighter jets when it picked up the strange object on
radar. This type of UFO had never before been witnessed so frequently. Using
declassified files relating to the Black Triangles the show investigates some of the
most widely witnessed UFO events ever.

Win The Windsors Series 3 on DVD