The Emily Atack Show is coming to ITV2 later this year 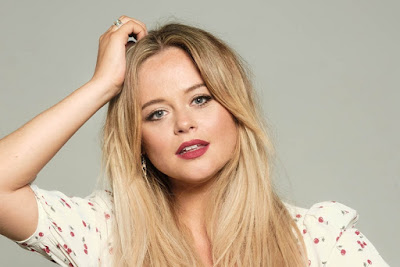 The actress, writer and TV personality will star in her own show - which is set to see her perform her relatable standup comedy and mischievous sketches and skits about life as a young woman. The comedian will also show off hilarious impressions of well-loved celebrities, from Gemma Collins to Holly Willoughby.

The 6 x 45-minute series will air this autumn on ITV2. Each episode covers a different theme, including Dating, Going Out, Friends, Family, Image and Adulting. Each show topic will allow Emily to not only have real fun with her comedy but also explore her own life experiences and showcase her loveable, unfiltered self.

Emily Atack says:
“I am thrilled to be announcing this. I want to create and write a sketch show that gives snap shots into the weird and hilarious world of everyday life as a young (ish) person. I can guarantee whatever age you are you will relate in some way! It’s a dream come true, since I was a child this is the kind of television I’ve wanted to make and be part of. I can’t quite believe it.”
Posted by JD at 14:25