ITV2 announces recommission for The Cabins 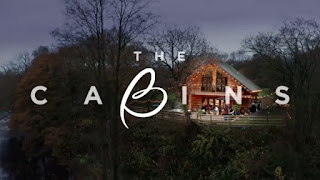 ITV2's dating show The Cabins will return for a second series in 2022, after its first series launch became the ITV Hub's most popular entertainment show.
Produced by 12 Yard, part of ITV Studios, and based on an original Dutch format, Let Love Rule, The Cabins saw a cast of singletons ditching the dating rule book and deleting their dating apps in an attempt to find true love.
Moving into the intimate surroundings of The Cabins, the singletons then have 24 hours to decide whether they would like to spend more time together – or call it a day and walk away.
Packed with first ever dates, awkward silences, cooking disasters, karaoke and heartfelt confessions, the first series saw love blossom between Charlotte and Sarah, the first couple to stay for four days and leave as an official 'Cabins couple', hot tubs and body painting with Robyn and Mamudo's fast-paced rollercoaster of a relationship, while axe throwing and tandem bike rides didn't equal passion, it created a heart-warming friendship for Liam and Andras.
The Cabins launched with a consolidated viewing (excluding non-TV viewing) of 0.8 million, with 43% of its viewers amongst 16-34 viewers, making the show the most watched amongst the demographic across digital channels. Following its debut, The programme was The ITV Hub's most popular entertainment show, generating 400,000 streams and more than 800,000 consumption hours.
Paul Mortimer, ITV Head of Digital Channels and Acquisitions, said "The Cabins proved to be a great success amongst our target young audience, and we're hoping cupid's arrow can find its way back to the lodge when we debut our second series on ITV2 and ITV Hub in 2022."