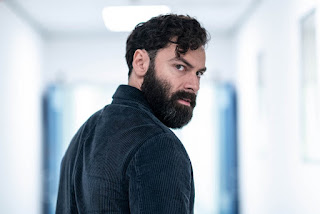 ITV has commissioned gripping, nail-biting thriller, The Suspect, starring Aidan Turner (Leonardo, Poldark, The Way of the Wind), from globally renowned, World Productions.
The five-part drama will be produced by the Line of Duty, Vigil and The Pembrokeshire Murders producers, with filming overseen by executive producer and World Productions' Head of Drama Jake Lushington (Vigil, Born To Kill, The Bletchley Circle).
Commented Aidan Turner:
"I am thrilled to be taking on the complex and demanding role of Joseph O'Loughlin, a man with so much to give but so much to lose, and a hidden darker side."
Aidan will be joined in the cast by this year's RTS Best Actor winner and Bafta nominee Shaun Parkes (Small Axe, Lost in Space), Sian Clifford (Quiz, Fleabag), Camilla Beeput (Save Me (Too), Peep Show), Adam James (Vigil, Doctor Foster), Anjli Mohindra (Vigil, Bodyguard) and Bobby Schofield (Time, Anthony).
Written for the screen by Peter Berry (Gangs of London, The Last Enemy, Prime Suspect 6), The Suspect was the debut novel of Michael Robotham, the highly regarded best-selling fiction writer whose novels have been translated into twenty-five languages and topped best-seller lists around the world. Michael is also one of only five writers, including John Le Carre and Ruth Rendell, to twice win the UK Gold Dagger Award for best crime novel.