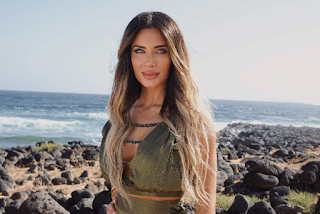 Rakuten TV has begun filming its next original series, Discovering Canary Islands, an adventure reality show hosted by Pilar Rubio that will journey throughout the Canary Islands in its debut season. By immersing competitors in local culture and traditions, the show will unearth the most remarkable and interesting traditions surrounding the islands.
For the first time, an OTT platform (Over The Top) is committed to an international format where 8 contestants of 8 different nationalities will compete to be the best explorer in Europe. The contestants, who are still to be revealed, will discover that the Canary Islands number not eight... but nine! La Graciosa, Lanzarote, Fuerteventura, Gran Canaria, Tenerife, La Palma, El Hierro and La Gomera hide their own legends. Between reality and folklore, history and fiction, it is said that there is a ninth island: San Borondón. Known as Whale Island, because of the way it appears and disappears in the waters of the Atlantic Ocean, it has been the dream of cartographers and sailors for centuries.
Pilar Rubio, an internationally famous Spanish presenter with a long career in television, will host the show. Rubio, who has 7.5 million Instagram followers, was ecstatic about the project: "I am happy to be able to present a show that will reach 42 European countries. It is a format which is hugely identifiable: a family show, full of adventures in a unique setting!".
The most spectacular scenery in the Canary Islands will be the backdrop for impressive challenges of strength, ingenuity, and skill. All will be required in a dynamic race that will explore the islands across six episodes. During the show, each challenge is a key to the next, offering an advantage or a reward, and the possibility of obtaining a clue in the form of a coordinate and part of the legend to reach the final goal: San Borondón.
The reality series will premiere in the second half of the year and will be available exclusively and free of charge on Rakuten TV's linear and on-demand programming, present in 42 European territories.
Posted by JD at 12:49