The Greatest Snowman to return 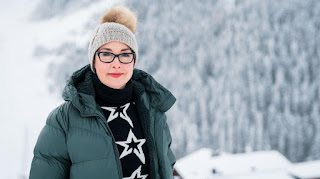 Later this year, the hit celebrity competition format The Greatest Snowman will return for a second season.
When it broadcast last Christmas, the one-off spectacular produced by Southshore and Motion Content Group for Channel 4 averaged 1.8 million viewers across ninety minutes. The show was very popular with viewers under the age of 16, and it was the PSBs' youngest-skewing prime-time programme in 2021.

Sue Perkins will reprise her role as host as a new intake of celebrities travel to a snowy mountain top to have their creativity challenged in this  epic snow building competition.
Supported by a crew of seasoned sculptors, engineers, and snow builders these stars will have to design and create some of the most extraordinary snow creations ever seen on TV. The creations will be again be judged on form and artistry by Swedish sculpting sisters Sara and Emilie Steele and renowned British artist and sculptor Taslim Martin.
Competition alumni Laurence Llewellyn Bowen will also be on hand to offer artistic tips and advice to the famous competitors as they chip, carve and saw their way through tonnes of snow and giant blocks of ice to create awesome, but temporary, masterpieces.