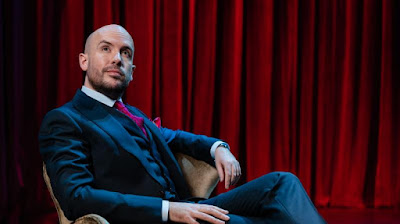 Comedian Tom Allen is to delve into the advertising archives in a new series produced by Boundless for Channel 4.

Tom Allen: Ad Man (w/t) celebrates 65 years of the nation’s best-loved and most outrageous TV adverts, charting the changing values and attitudes of the UK along the way.

During a romp through six decades of the TV ads that made us gasp, laugh, cry and buy, Tom reveals what some of Britain’s most iconic ad campaigns really say about us. Over four episodes, he’ll take a smart look at the infamous and the long-forgotten, unearthing ads that could be baulked at or banned today, as well as revisiting the nostalgic, the heart-warming and the uplifting.

Tom will make viewers think as well as laugh, as he delves into the issues of gender, race, class and Britishness, and explores how our evolving attitudes to these issues have been reflected in the ads beamed into the nation’s living rooms.

Filmed from the comfort of Tom’s own home, Tom Allen: Ad Man (w/t) will feature playful spoofs and lots of laughs, alongside thought-provoking observations. It will be filmed with a self-shooting kit while Tom is self-isolating in the home he shares with his parents.

Tom Allen said: “I’m delighted to be analysing the world of advertising which, in our consumer age, has really dictated how we see ourselves. I don’t even know who I am unless I’m buying something! If I buy Ski Yoghurt - does that make me a health freak? If I choose Diet Coke - does that mean I should take my top off? Would drinking Cinzano make me Joan Collins??! Anyway, fingers crossed it’s just as glamourous as the programme Mad Men, but here’s hoping I don’t start smoking, drinking Scotch during the day and having an affair with my secretary.”
Posted by JD at 16:37