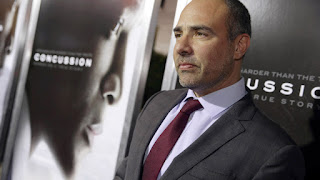 Acclaimed writer and director Peter Landesman to create drama series based on the life and work of leading female Italian mafia prosecutor
North Hollywood, Calif., October 26, 2020 –  It was announced today that acclaimed writer, director and producer Peter Landesman (Concussion) will create, write and direct MEPHISTO, an epic tale of justice and retribution inspired by the life and work of one of Italy's top mafia prosecutors. Award-winning producer Charlie Pattinson (Shameless) and Paul de Souza (Miracle Detectives) will executive produce this series, along with Landesman, for ITV Studios America.
Inspired by real and ongoing events, MEPHISTO is set in the southern Italian states of Calabria and Sicily, one of the most storied and dangerous parts of the world. The story is of a driven female prosecutor fighting the Calabrian mafia syndicate, the 'Ndrangheta – a global cocaine, arms trafficking and money laundering empire that has been almost never challenged or prosecuted…until now.
Isolated in a male-dominated region paralyzed by corruption and fear, the prosecutor uses the most medieval 'Ndrangheta codes – its murderous sexism and treacherous control of women – as her most effective weapon. She must persuade, and keep alive, four female informants to testify against their families in return for a new future for themselves and their children.
Landesman said: "In all my years as a storyteller, I've never come across someone as courageous or inspiring as this woman. In a genre historically dominated by men in film - from Serpico to Donnie Brasco to The Departed - a female crime fighter of this magnitude in this most brutal of a man's world is a real-life superhero."
Pattinson added: "Mephisto turns the patriarchal 'mafia genre' on its head and is the extraordinary story of three courageous women out for revenge and justice. It is a real privilege to bring this remarkable story and Peter's meticulous, riveting scripts to television."
The English-spoken series will be set and produced on location in Italy.