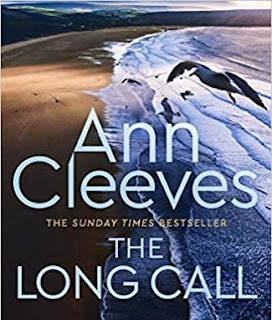 ITV commissions The Long Call, a four-part crime drama adapted by Kelly Jones and produced by ITV Studios label, Silverprint Pictures
ITV's Head of Drama, Polly Hill, has commissioned The Long Call from ITV Studios label, Silverprint Pictures.
The drama will be produced in association with ITV Studios, who are handling international distribution.
The evocative and gripping four-part event drama is inspired by the best-selling novel of the same title from award-winning writer Ann Cleeves, creator of the iconic Vera and Shetland series. Des and Baptiste screenwriter, Kelly Jones, will write all four episodes in her first solo series.
The character-led, atmospheric crime drama is driven by an intriguing and flawed protagonist, Detective Inspector Matthew Venn, who has returned to live in a small community in North Devon with his husband, Jonathan.  It's a place Matthew walked away from 20 years ago, after being rejected by his family.
Commented Polly Hill:
"I'm delighted that ITV is working with Silverprint Pictures to bring another of Ann's brilliant novels to screen. It's very different to Vera, but I think audiences will take to DI Matthew Venn and this compelling story in the same way. Kelly has written a wonderful adaptation and this promises to be a really distinctive and original new crime series."
We first meet the reserved, but intense Matthew Venn outside the local church as his father's funeral takes place. Sadly, the day Matthew turned his back on the strict evangelical community in which he grew up, he lost his family too.
Now he's back, not just to mourn his father at a distance, but to take charge of his first major murder.  A body has been found on the beach near to Matthew's new home: a man with the tattoo of an albatross on his neck, has been stabbed to death.
Through Venn and his team's investigation, we are introduced to a wonderfully rich ensemble of characters, in a compelling crime story which captures the stark beauty of the North Devon coastline, and a community where murder and intrigue bubble beneath the surface.
Written and adapted by Kelly Jones (Baptiste, Des, Call The Midwife, The Good Karma Hospital) with Silverprint Pictures' Creative Director Kate Bartlett (Flesh and Blood, Shetland, Vera, Dark Heart) executive producing the series. Angie Daniell (Vigil, Alex Rider, Clique) will produce the series with Lee Haven Jones (Dr Who, Shetland, The Bay) directing each of the four episodes.
Commented Kate Bartlett:
"After almost a decade working together, we are thrilled to be continuing our creative partnership with Ann. The Long Call is a rich and deeply engrossing mystery with a whole host of new Cleeves characters led by the inimitable Matthew Venn. Just as the novel feels like a progression of Ann's writing, this feels like the opportunity to create a unique and ambitious event crime drama with a wholly iconic character at its heart."