Rolling Updates: I’m A Celebrity…Get Me Out Of Here!

Series overview
I'm A Celebrity…Get Me Out Of Here! returns which can mean only one thing… the time has come for a brand new cast of celebrities to battle it out in TV's toughest entertainment challenge.
This year the show will be filmed at the historic Gwrych Castle, Abergele in North Wales.
Ant & Dec will host an adapted version of I'm A Celebrity…Get Me Out Of Here! live every night on ITV from the castle. As on the regular series, viewers will see the celebrities undertake gruelling trials and fun-filled challenges to win food and treats in the lead up to one of them being crowned, for the first time ever, King or Queen of the Castle.
Last year's highlights included Caitlyn Jenner giving Ant & Dec the silent treatment after a messy Bushtucker Trial, Roman Kemp's celebrity impressions, Andy Whyment and Cliff Parisi's hilarious entrance into the Jungle via Ol' Dingo Town and Jacqueline Jossa being crowned Queen of the Jungle. 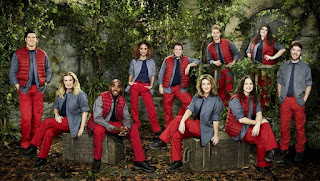