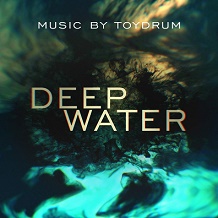 Multi-award winning actresses Anna Friel, Sinead Keenan and Rosalind Eleazar star in the gripping, emotional thriller, Deep Water. Set against the beautiful and imposing backdrop of the Lake District, the series is written by BAFTA-nominated Anna Symon (Indian Summers, Mrs Wilson) and adapted from the Windermere series of novels by critically-acclaimed author Paula Daly.Toydrum are a Brighton based electronic music duo formed in 2013 by Pablo Clements and James Griffith. The pair met in 2007 when they were both recruited for UNKLE for live and in the studio work. Clements and Griffith both instantly clicked and knew they had something special. After they exited UNKLE they decided to build a studio on the Brighton seafront. Recent scores from them include London Fields, Detour, Future World and Prevenge, the latter featuring on a number of end of year lists for score of the year.


Terms and conditions
1. Closing date 30-09-19
2. No alternative prize is available
3. When the competition ends as indicated on this page, any and all entries received after this point will not count and emails blacklisted due to not checking this page first.
4. Winners will be chosen randomly and will be informed via email.