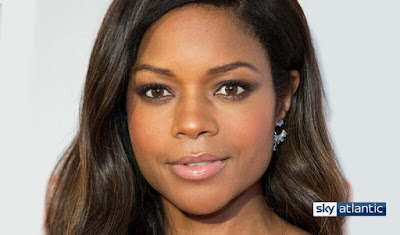 The Third Day is a story told over six episodes and in two distinct halves. The first – ‘Summer’, directed by Marc Munden, sees Sam (Law), a man drawn to a mysterious island off the British coast where he encounters a group of islanders set on preserving their traditions at any cost.

The second – ‘Winter’, directed by Philippa Lowthorpe, follows Helen (Harris), a strong-willed outsider who comes to the island seeking answers, but whose arrival precipitates a fractious battle to decide its fate.

Cameron Roach, Director of Drama, Sky Studios, said: ‘We are thrilled Naomie is joining the cast of Third Day, it’s a real testament to the combined vision of Dennis Kelly and Felix Barrett. The prospect of Naomie and Jude Law, alongside an array of incredible British talent, with Philippa Lowthorpe and Marc Munden directing really demonstrates the quality and ambition of this distinctive, original drama.’

Creator Felix Barrett, Artistic Director at Punchdrunk International said: “Filming for The Third Day has begun and it’s been a remarkable experience seeing our shared vision come to life. We’ve followed both Naomie’s and Philippa’s careers for several years, and we are thrilled they will be joining the production.”

The six-part limited series will air in the UK and Ireland next year on Sky Atlantic and streaming service NOW TV and in the US on HBO.
Posted by JD at 10:52