ITV commissions The Killing of PC Harper: A Wife’s Story 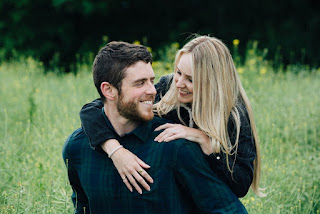 Lissie Harper, whose husband, PC Andrew Harper, was killed in a crime that sent shockwaves across the country, will share in depth for the first time the story of her journey for justice with Sir Trevor McDonald in an exclusive new film for ITV.
The Killing of PC Harper: A Wife's Story (W/T), 1x60, will see Lissie talking at length for the first time about the profound affect her husband's killing has had on her life.
Just four weeks after their wedding in 2019, Andrew went to investigate a robbery and never came home.
This horrific crime dominated national headlines with blanket media coverage revealing the discovery of his body, how he was dragged to his death by a stolen car and, the laughing, cheering and smirking in court during the trial from his killers, who were cleared of murder and convicted of manslaughter.
Speaking to Sir Trevor, Lissie will share her memories of the relationship she shared with Andrew before tragedy struck, how, in a major turning point, her grief evolved into a refusal to be victim and instead drive her current campaign for the introduction of 'Harper's Law'. The legacy in her husband's name proposes a life sentence for anyone guilty of killing an emergency worker (including police officers, firefighters and paramedics among others), while committing a crime.
In telling the definitive story of the case from the first 999 call to the hunt for Andrew's killers, Lissie's fight for justice and the life-changing impact of her husband's killing, Sir Trevor will also meet lead detectives in the case, press and wider friends and family to build the full picture of events.
Lissie Harper said: "Harper's Law will mean that a person found guilty of killing a police officer, firefighter, nurse, doctor, paramedic or prison officer, as a direct result of a crime they have committed, would be jailed for life.
"This means that a life sentence would be imposed, asking for a minimum term in prison. Harper's Law would provide a strong deterrent and an appropriate punishment for committing such a heinous crime.
"I know that if he could, Andrew would be right by my side fighting for this law change… he would want me to get this law passed for all who deserve it."
Lissie added: "I've never sought the limelight but I recognise being in the public eye is important to highlight why this law change is desperately needed.
"I think it's important for the public to see all the hard work that goes into our campaign as part of this documentary. And I am really pleased to be sharing my story with ITV and Sir Trevor McDonald as I strive to achieve Harper's Law."
Sir Trevor McDonald said: "The tragic events that happened around the death of PC Andrew Harper shocked the nation. To have the opportunity to meet Lissie and hear the impact of his death on her and her family, and report on her ambition to create lasting change, compelled me to be a part of this film."
Alongside archive footage the documentary features unseen police interview footage and CCTV to create a complete picture of the events as they unfolded. For the first time in compelling interviews, the police involved recount the race to catch the killers.
Posted by JD at 14:14