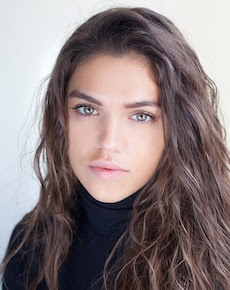 Sabrina Bartlett and Tok Stephen will take on the iconic roles of Mariette Larkin and Cedric 'Charley' Charlton.  They join Bradley Walsh and Joanna Scanlan who were recently announced as playing Pop & Ma Larkin in the new six-part comedy drama series
The Larkins is a new television adaptation of H.E. Bates' novel The Darling Buds of May, written by acclaimed screenwriter Simon Nye (Finding Alice, The Durrells, Men Behaving Badly) with the aim of capturing the warmth, optimism and escapism of The Larkin family for a modern generation.  Abigail Wilson (Trollied, Carters Get Rich, Stella) writes one of the episodes.
The book and its sequels were last adapted 30 years ago as The Darling Buds of May and became one of ITV's all time highest rated television comedy dramas winning critical acclaim and audience approval.
Set in the late 1950's, The Larkins is the story of a working-class family led by the golden-hearted wheeler dealer Pop Larkin and his wife Ma, together with their six children, including the beautiful Mariette.
Fiercely loyal to each other and their community, each Larkin family member has a strong work ethic, alongside a disinterest in authority.
In the idyllic and beautiful Kent countryside, known as the Garden of England, The Larkins have a achieved a small patch of paradise where nothing is wasted and they enjoy life to the full.
There's an overwhelming sense of plenty in their lives and a lot of joy and raucous laughter, as Ma Larkin provides a seemingly endless supply of delicious, hearty meals.  And no matter what time of day, The Larkins and their guests aren't averse to enjoying the odd cocktail or two!
The Larkins are fundamentally good-hearted people who are always happy to share what they have with others, despite the fact that what they have is sometimes obtained by unusual means!  In a rather mean-spirited way their good heartedness is not always shared by certain members of the local community.
From government officials and snobbish second homeowners to aggressive urban developers, the Larkins often deal with threats to their idyllic way of life – but they never take things lying down.
Alongside their weekly battles with authority and snobbish villagers, The Larkins will follow the love story between Mariette and village newcomer Cedric 'Charley' Charlton. Charley arrives in the village as an unworldly and officious accountant from the city, there to investigate the Larkins' tax affairs.
He is soon distracted by the beautiful Mariette, with whom he falls head over heels in love.  However, he quickly discovers that he has a romantic rival in the form of the handsome and mysterious Tom Fisher. Mariette, on the other hand, may have plans of her own, which don't involve men.
On joining the series as Mariette Larkin, Sabrina Bartlett said;
"I am really REALLY excited to be taking on the role of Mariette Larkin in this new adaption of H.E. Bates novels. I can't wait to bring these heart-warming stories to life alongside such a wonderful team. It's just the perfect dose of escapism we all need right now"
Tok Stephen on his casting as Cedric 'Charley' Charlton;
"I am thrilled to be cast as Charley in such a beloved and wonderful show. I can't wait to work alongside Joanna, Bradley and Sabrina. I'm incredibly excited. I hope we can impress fans of the original novels with our version."
Bradley Walsh on his casting as Pop Larkin;
"I'm thrilled to be asked to be part of this much loved and iconic series of stories. The warmth and affection that H. E Bates has generated through his books is so uplifting and I cannot wait to be part of the Larkin family. It'll be a hoot!"
Joanna Scanlan added;
"What better comfort could there be from all we have endured this year than the rolling laughter and outsize hugs of Ma and Pop? It's going to be an honour to help bring The Larkins to the nation's devices!"
The comedy drama will be produced by Objective Fiction, Genial Productions and Objective Media Group Scotland in association with All3Media International.   Executive producers are Ben Farrell and Charlotte Lewis for Objective Fiction and Sophie Clarke-Jervoise and Simon Nye for Genial Productions, and Toby Stevens for OMG Scotland. Bradley Walsh is also an executive producer.