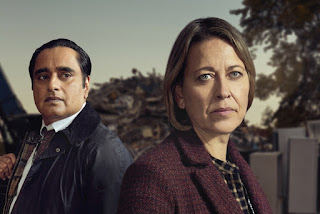 ITV recommissions Unforgotten for a fifth series
"ITV would like to thank Nicola Walker for playing the brilliant role of Cassie Stuart in four series of Unforgotten which has become one of the best loved and most critically acclaimed police dramas on TV. Nicola and writer Chris Lang decided that Cassie's story would come to an end last night, but that Unforgotten would continue, in series 5, with a new case, and a new 'Partner in Crime' for DI Sunny Khan.
This fourth series has had a record breaking season posting its highest viewing figures. For episodes 1-5 the series has averaged 7.5 million viewers based on seven day consolidated data, which is up by 1.6m viewers and 26% on the last series. The audience for the launch episode stands at 9.5m viewers after 28 days, across all platforms and repeats, up from the overnight audience by a massive 4.4million viewers."