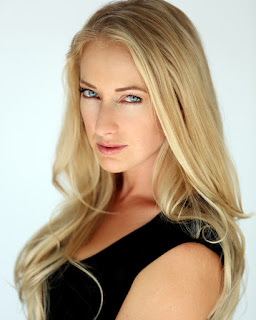 How hard is it out there for an actor to snag jobs? Via her new series Disgraced (available on YouTube and Amazon Prime), Victoria Vertuga explains…


For those that haven’t seen the series, what is it and where can they find it?

DisGraced is about an actress who got what she thought was her big break as the lead in the third installment of an action franchise, but it was a huge flop and she became persona non grata. Our series takes place five years later as she's attempting to claw her way back up. It's a dark, cringey, uncomfortable comedy and a satire of the entertainment industry.

You can find it on YouTube and Amazon prime.
Youtube.com/c/DisGracedTheSeries


And are we seeing the REAL you in Disgraced?
Yes and no! It was obviously inspired by real events that I experienced as an actress working in this industry, and Grace definitely is a piece of who I am, but we're also different in many ways as well.


What has been the highlight of your career so far?

I've really enjoyed transitioning into writing and producing. As an actor there are so many things that are completely out of your control. You have no say in whether or not you book a job, make the final cut of something you book, the quality of the projects that you're involved in, how well they do, etc. So it's been really amazing and empowering to step into a position where I'm able to man the ship, so to speak. I love being able to set the tone on my set, work with talented and amazing people, be able to do all the little things I wish were done for me on sets, and treat people the way I wish I were treated. I really love that part of it. 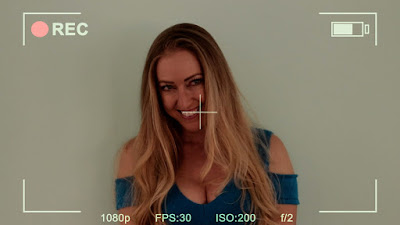 Have doors opened as a result of DisGraced?

It's very early days as we just released it, but the response so far has been wonderful. We've had a few streaming services interested in picking it up and been introduced to some producers who we may be able to work with on other projects going forward. We're definitely excited to see what else happens.


Do you have a passion project you’d like to get off the ground, if everything falls into line?

The next thing Eric and I are working on is a feature length horror film. We're polishing the script right now and then we'll be trying to get some actors attached to the smaller roles and financing in place. Eric will be directing and I'll be starring. It's a very dark, weird, interesting project and we're looking forward to be able to wear fewer hats with this one and really focus on our artistry.


How hard has it been for you, as an actress and creator, during the pandemic? How have you been keeping busy?

Crazy times we find ourselves in, that's for sure. Obviously the industry, and many others, has had to shut down. It'll be interesting to see what lasting changes the pandemic will have caused going forward. I've been overwhelmed by the generosity of so many people during this time- there have been so many open calls and general meetings and info sessions happening. It's been wonderful to see that. You could be on zoom meetings all day long with the amount of people doing stuff right now. I've been trying to use this time to be productive and do all the housekeeping stuff that tends to get ignored during busier time. And write! We've been polishing a lot of our scripts. Fortunately writing is one thing you can do at home that doesn't require other people LOL.