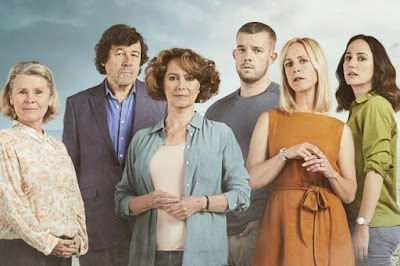 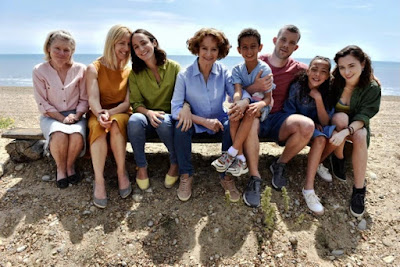 Episode 1
In the aftermath of a family celebration, a body lies on the beach, terribly injured – perhaps dead. But who is it?

Just a few weeks earlier, a family of adult siblings is shaken when their recently-widowed mother, Vivien, announces her love for a new man, retired surgeon Mark. Tensions rise as the siblings’ question why Vivien hasn’t mentioned Mark before and are forced to reassess her entire marriage to their father. Mark seems devoted to her, but isn’t it all a bit sudden?

Even Vivien’s neighbour, Mary, is surprised by this turn of events and closely scrutinises the new arrival.  She feels protective of Vivien and this family she has known so well and for so long.

At the same time, events in the siblings' own love-lives start to spiral out of control. Vivien’s eldest daughter Helen is overloaded at work, unaware that her family is fracturing as husband George and daughter Lily feel ignored.

Middle son Jake is a personal fitness instructor. His marriage with Leila hit the rocks months ago thanks to Jake’s gambling. In order to regain Leila’s trust and put his family back together, he'll need to pay back his debts. With this in mind, a wealthy client offers him a highly unorthodox solution.

Vivien’s youngest daughter, Natalie, has been involved with Tony for nearly five years now. However, she expertly conceals this as Tony happens to be her boss – and also married. Natalie’s growing worry that, despite his promises, Tony will never leave his wife, leads her down a dangerous path.

When Vivien suffers a health scare and Mark moves in to look after her, the siblings become alarmed about their mother's growing dependence on him and suspect that he’s only after her money. But can they overcome years of sibling rivalry to truly put their mother’s health and happiness first?

Meanwhile Mary is quietly watching events unfold from her garden next door and dispensing tea, sympathy and advice to them all.

Email ThisBlogThis!Share to TwitterShare to FacebookShare to Pinterest
Labels: Flesh and Blood