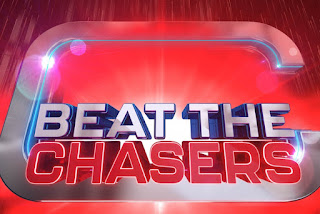 ITV Studios' hit quiz show Beat The Chasers launched last night in the Netherlands and despite very heavy competition, it definitely drew attention in the prime time slot on RTL 4. The first episode, locally titled Beat The Champions, was watched by more than 1 million viewers, scoring an impressive 15.5% market share in the key demo (25-54), outperforming the slot average by 16.5%. These strong numbers prove that the Dutch viewers are hooked! Beat The Champions is produced by ITV Studios Netherlands.
Where the Dutch viewers have only just been introduced to the hit format, in the UK the second season kicked off that same Sunday night. Watched by more than 4 million viewers, the thrilling show scored a market share of 22,6% in the key demo. These stellar ratings foreshadow another successful season for Beat The Chasers in the UK, keeping the British viewers on the tip of their chair each night this week.
Beat The Chasers is created by Potato, part of ITV Studios and is distributed internationally by ITV Studios.
About Beat The Chasers
In Beat The Chasers, quiz enthusiasts will have the ultimate chance to compete solo against a team of five super quizzers, each with a wealth of general knowledge. Each contestant goes head-to-head against the quizzers trying to win the big cash prize. The question is… is it possible to beat the best quizzers in the country - all by yourself?