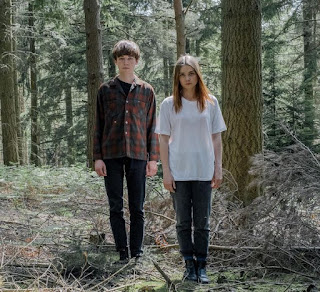 The first series saw teen outsiders James (Alex Lawther - Black Mirror, The Imitation Game) and Alyssa (Jessica Barden - The Lobster, Ellen, Penny Dreadful) embark on a road trip which descended into darkly comic chaos. After finding themselves embroiled in a series of violent events they are soon trailed by two uniquely mismatched police detectives, played by BAFTA-winning Wunmi Mosaku (Damilola Our Loved Boy, Kiri) and Gemma Whelan (Game of Thrones, The Moorside). After a shocking series finale, only one thing is certain…expect the unexpected.

Ian Katz, Director of Programmes at Channel 4, said: “Lurching between black and joyous, The End of The F***ing World was one of the most original and beguiling pieces of drama to emerge from Britain in years. I’m so proud that Channel 4 brought it to the screen and beyond excited that Charlie and the brilliant team at Clerkenwell are giving us a second helping.”

Beth Willis, Head of Drama at Channel 4, commented: “The End of The F***ing World is a truly special show that constantly intrigues. It has an almost alchemical blend of pitch-black humour and beautifully warm tenderness which marks it out as a truly unique show. We’re so proud that this global success story began at Channel 4 and that a second series is on its way. Charlie’s witty, wonderful world is back and we can’t wait to see where she takes it next.”

Murray Ferguson, Chief Executive of Clerkenwell Films: said: “The love for this show is amazing and has gone from strength to strength, and from right across the globe. We can’t wait to tell the next chapters of the story…”

Charlie Covell, writer, added: “I’m completely thrilled that we’re going again and I’m delighted to be back working with such a great team."

The End of the F***ing World series 2 will be written by Charlie Covell and inspired by the characters from the award-winning series of comic books by Charles Forsman. The series will be produced by Clerkenwell Films and Dominic Buchanan Productions. The Executive Producers will be Murray Ferguson, Ed Macdonald, Andy Baker, Charlie Covell, Dominic Buchanan and Jonathan Entwistle. The series is commissioned by Beth Willis, Head of Drama at Channel 4 and Lee Mason, Commissioning Editor for Channel 4 Drama.
Posted by JD at 16:54

Email ThisBlogThis!Share to TwitterShare to FacebookShare to Pinterest
Labels: The End of the F***ing World