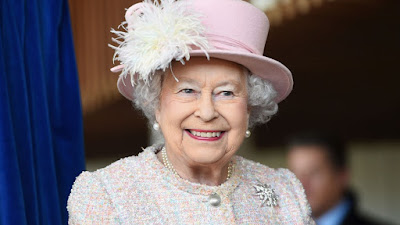 New ITV series Queen of the World will offer a unique insight into Her Majesty The Queen’s role as a figure on the global stage and the baton she is passing to the younger members of the Royal Family as they continue to build the Commonwealth connection.

Filmed over more than a year by Oxford Films [whose ITV documentaries include Our Queen and Our Queen at 90 and Diana, Our Mother: Her Life and Legacy] with privileged access to The Queen, her family, her staff and her residences, this landmark series tells the story of how the Commonwealth has been a central focus and passion throughout Her Majesty’s life.

Queen of the World [2x60] features behind-the-scenes moments with the Sovereign and other members of the Royal Family, including the Prince of Wales, the Duke of Cambridge, the Duke and Duchess of Sussex, the Princess Royal, and the Countess of Wessex.

As the family and world leaders discuss the importance of the Commonwealth to the Queen, the series will document the way in which she passes her knowledge and experience to the younger generations.

Drawing on cine footage from The Queen and Duke of Edinburgh's private film archives and treasures of the Royal Collection, the series will offer a unique perspective on the Queen’s early years as Head of the Commonwealth when Her Majesty had the symbols of the then eight Commonwealth countries embroidered on to her Coronation gown. We will see how that number had risen to 53 by the time the Duchess of Sussex had flowers of the Commonwealth represented on her wedding veil in 2018.

The Queen of the World is commissioned for ITV by Jo Clinton-Davis, Controller of Factual and Sue Murphy, Head of Factual Entertainment.

Jo said: “The Queen is a unique figure on the world stage, with a huge depth of experience having met more global leaders than any previous British monarch and serving longer than  all of them.  This film is a rare opportunity to see Her Majesty up close and behind the scenes in this role, which means so much to her and has been so significant for Britain and the Commonwealth.”

Nicolas Kent, Creative Director for Oxford Films and Executive Producer for Queen of the World, said: “The Queen is the most well-travelled monarch in history and it’s been fascinating to see how she has passed on her experience to the younger generations of the royal family.  With the Duke and Duchess of Sussex about to embark on their first Commonwealth Tour to Australia, New Zealand and the Pacific exactly sixty-five years after the Queen’s first Commonwealth Tour, this series could not be more timely.”