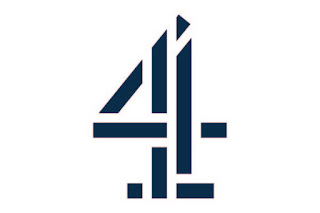 BAFTA-winning writer Jack Thorne (National Treasure, Kiri, Cast Offs) will return with the third in his trilogy of compelling, penetrating and timely 4-part dramas for Channel 4. The Light (w/t) will look at disability and focus on the repercussions of a catastrophic disaster that befalls a community in a small Welsh town which has seen more prosperous times.

The disaster claims the lives of many, children included and, as personal and communal grief gives way to a torrent of anger and blame, the community finds itself torn apart.

The Light (w/t) will explore the complex web of decisions and circumstances, both political and personal, that led to the fatal event. The community feels powerless in the face of seemingly inexorable political and business forces but the drama asks to what extent they are complicit in their own fate.

Like Kiri and National Treasure, the drama will look at how the media spotlight in the wake of such a disaster can affect a community. And if National Treasure was about shame and Kiri was about blame, The Light (w/t) will be about justice and will focus on the repercussions of a catastrophic disaster that befalls a community in a small Welsh town which has seen more prosperous times. It will also take a searching look at our attitudes to disability in the wake of the tragedy.

Beth Willis, Head of Drama at Channel 4, says: “We are delighted to be working once more with the immensely talented Jack Thorne. Jack has a singular ability to explore some of the most complex and challenging topics facing modern Britain today with warmth and empathy, and also with sharp insight and fearless scrutiny. The Light (w/t) promises to be another powerful examination of guilt, blame, responsibility and culpability.”

Jack Thorne, writer, says: “I cannot believe Channel 4 has afforded us this opportunity. At the beginning of National Treasure we started talking about the possibilities of a trilogy which peeked behind the curtains of this country and tried to ask difficult questions about who we are and how the media paints us. I am so delighted we are going to get to finish that trilogy off. I’ve loved working with Beth, Channel 4 and The Forge on this.”

George Ormond, Executive Producer, says: “Jack’s a thrilling writer to work with not only because of his ability to put his finger on the pulse of what is worrying us as a nation, but because he manages to do so with characters that take our breath away, make us laugh, and then leave us wrung dry as we travel with them through the story. We’re over the moon to be getting the chance to complete the trilogy with The Light (w/t).”
Posted by JD at 16:11

Email ThisBlogThis!Share to TwitterShare to FacebookShare to Pinterest
Labels: The Light