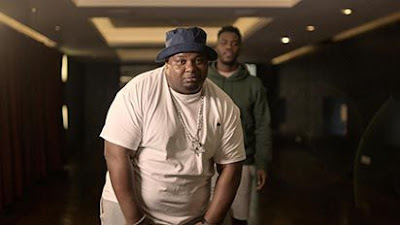 The studio series, from Expectation and Dice Productions Entertainment, will feature more celebrity guests and musical performances alongside straight-talking segments on the news of the week, TV, showbiz, trends and food and laugh out loud sketches.

The Big Narstie Show was one of Channel 4’s most popular programmes for young audiences. It was up 94% on share of 16-24 years old viewers, up 129% on share for BAME viewers and up 144% on share for black audiences.

Big Narstie and Mo will be back later this year with a one off Christmas special.

Big Narstie said, “If you thought the first series was GASSED this ones gonna be MAJORLY gassed with some intergalactic flavours with base.”

Syeda Irtizaali, Commissioning Editor, Channel 4 says, “Six episodes of The Big Narstie Show wasn’t quite enough to showcase the inimitable and captivating talents of Big Narstie and Mo Gilligan so we’re delighted to be bringing it back for a second run. Every week of series one was an adventure in itself and I can’t wait to see how series two develops.”

Ben Wicks, Creative Director, Comedy Entertainment at Expectation and Executive Producer, added, “Big Narstie brought so much chaos and charisma to series 1 – everyone involved in the show is still reeling. He and the outstandingly quick Mo Gilligan have re-energised the chat show and I’m thrilled that thanks to Channel 4 we get to make a second series which will be bigger, bolder and continue the evolution of an on screen duo who love nothing more than pausing any interview to slam each other, with the guest looking on, in bits. This is 100% what TV should be. Bring on series 2.”

Obi Kevin Akudike and Nathan Brown, Joint MDs of Dice Productions Entertainment said, “Making The Big Narstie Show was a great experience – in series 1 we made history and with the next, we want to leave a legacy!”

Email ThisBlogThis!Share to TwitterShare to FacebookShare to Pinterest
Labels: The Big Narstie Show