ITV announces The Man, by Mike Bartlett. Ken Nwosu to star in the lead role 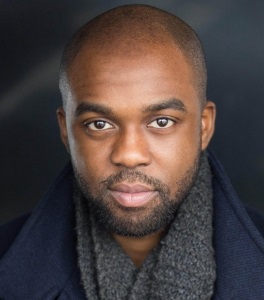 ITV and Tall Story Pictures today announced the commission of a new three-part Mike Bartlett (Doctor Foster, The Town) drama, The Man, to be directed by Julia Ford (Safe) with Ken Nwosu (Christopher Robin, Killing Eve, An Octoroon at the National Theatre) in the lead role of Thomas Benson.

Following the success earlier this year of Tall Story Pictures’ and Bartlett’s collaboration Trauma starring Adrian Lester and John Simm, the team have reunited to explore the corrosive effects of bullying in this brand new three-part contemporary workplace drama for ITV.

The three-part psychological drama is focused on the competitive world of middle management. Set in a business park in Reading, The Man centres on the personal and professional life of Thomas Benson; a hard-working father and husband. Reliant on bonuses and winning pitches, Benson often finds himself leading the team when trying to win new business.  When he freezes during a pitch the fall out is monumental.

Determined to win back the client Thomas goes to increasingly desperate lengths to remain successful. But as he does, he begins to feel undermined, under attack and out of control. Has he lost his confidence and just feeling paranoid or is his own team, and maybe the wider world, now out to get him?

Executive Producer, Catherine Oldfield, said, "After the success of Trauma, I'm delighted to be reunited with Mike to work on The Man for ITV. Mike's created a fantastically taut, contemporary thriller about bullying. Given the current climate, it feels exactly the right time to explore something that affects so many people, all with Mike’s brilliant ability to mix dark humour with intense paranoia to dramatic effect. I can't wait to see the hugely talented Ken bring Thomas to life"

Mike Bartlett added, “Having written about bullying in the workplace previously for the stage, it feels fantastic to tell a new story that explores the potential cruelty of commercial competition, and the effect that has on our psychology, and humanity."

ITV’s Head of Drama, Polly Hill said, “The Man is another gripping story by Mike, that explores the complex subject of workplace bullying. It brilliantly moves between being very funny to very painful, and will have viewers hooked. I am also delighted that the very talented Ken Nwosu is playing Thomas and that Julia Ford is directing. Together with Tall Story, this is a fantastic team that promises to make an unmissable drama.”

The Man is a Tall Story Pictures production for ITV and will be produced by Colin Wratten (The Witness for the Prosecution, Killing Eve). Catherine Oldfield (Trauma, Tutankhamun) will executive produce the new series alongside Mike Bartlett. The Man has been commissioned for ITV by Head of Drama, Polly Hill. ITV Studios Global Entertainment is handling international distribution. Tall Story Pictures is part of ITV Studios.