The Great British Bake Off: the first baker leaves the tent 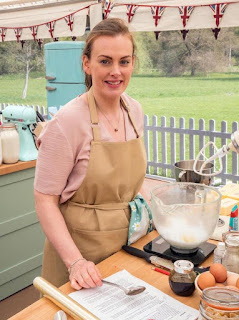 In Tuesday’s night’s episode of The Great British Bake Off on Channel 4, Manon was named Star Baker and Imelda, 33 was the first baker to leave the tent.

“I’m disappointed to be the first off, but it was better to be there for one week rather than not at all. Even though it was short and sweet, I feel that I learned a lot about baking and also meeting new people and making friends for life.

‘I have to say it was 100% one of the best experiences of my life. I didn’t have a bucket list, but if I did, this would be a big tick off it!

‘I have always found social situations awkward, but since being on Bake Off they really don’t scare me as much. Being on the show has totally changed me as a personality, it has made me more confident. If I wanted to set myself a personal challenge – then this was it, and I would say it has really worked for me.

‘My best moment overall was meeting the other bakers, and when I got positive feedback from both Paul and Prue for my Signature challenge. I was beaming, as I am so proud of my oatmeal biscuits!

‘My worst moment was obviously when my name was called out, but I did know it was coming. I knew I was going home, I did mouth it to one of the other bakers, and that was all fine.

‘If I did it all again, I just wish I had done more with the Selfie Biscuit. I think I should have been a bit more creative, and I took the challenge too literally! Afterwards I didn’t want to take the biscuit home absolutely not, I never want to look at it again!

‘I definitely wanted to impress Paul the most as I have loved watching all his programmes over the years. I have grown up watching him on TV, and I am so impressed with his expertise on baking bread. I hated baking biscuits before I went into Bake Off, it’s always been my pet hate, and I couldn’t believe that I was facing biscuits in my first week, and I don’t think I will ever bake biscuits again! Just my luck that in this series, they decided to make Biscuit Week the first episode!

‘The family have been so pleased by the media reaction to the show and they are so proud of me. My daddy has enjoyed the whole experience, and he is super proud of me. Piaras my son is enjoying it and I think his friends think it is a bit cool, but I couldn’t ever say that! He has shown a bit of interest in baking, but his main interest is eating the bakes, and there are always clean plates in our house!

‘I am from the West part of Northern Ireland so it’s been so lovely to represent the rural community and for them to get some recognition which they so much deserve. I regularly make soda bread, oatmeal biscuits, and a pie with seasonal berries, at the moment it’s blackcurrants. I make jam and pies with them, my auntie grows them and gives them to me, it’s truly a family affair.

‘If I had stayed in the tent, I was particularly looking forward to bread week, as I would say that’s my strongest area, but sadly it wasn’t to be. But hey, it won’t stop me making bread from here on.

‘Years ago, I remember watching the very first episode of Bake Off, and I thought yes this is my kind of TV, but never ever in my wildest dreams did I think I would ever be on it.

‘I am so thankful to have been involved in such a special group of people that have actually got into the tent and achieved the experience of all of that. I have to say for me it is a dream come true. I even genuinely enjoyed the audition process and especially meeting all the bakers. It’s really been phenomenal, and I won’t forget a moment of it.

‘I will be watching it every week from now, and seeing it as a viewer. And of course supporting all the bakers, that’s really important to me, and I can’t wait to see how it unfolds from here.

‘I am so looking forward to going on An Extra Slice, I absolutely love Jo Brand, I think she is brilliant.

Imelda will join Jo Brand on The Great British Bake Off: An Extra Slice on Friday 31 August - Channel 4 at 8.00 pm. 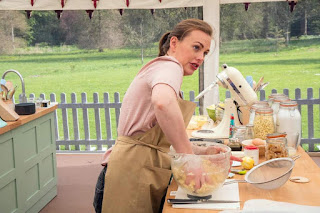 Biography:
IMELDA, 33
COUNTY TYRONE, NI
COUNTRYSIDE RECREATION OFFICER
Imelda is one of four siblings and grew up in County Tyrone, Northern Ireland, where she learned to cook and bake from her mother, in their family home. Now juggling a busy job and family life, Imelda spends her evenings and weekends making soda breads, biscuits and treats for her father and son, and cakes that she takes into work to share with her colleagues. She lives surrounded by aunts, uncles and cousins, which means catering for friends and family at large sociable gatherings is just part of normal, everyday life. 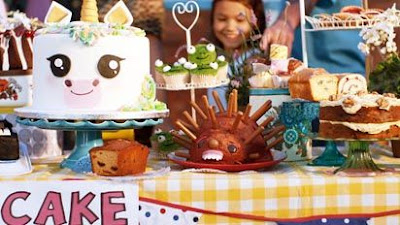