Channel 4 commissions a third series of Ackley Bridge for 2019 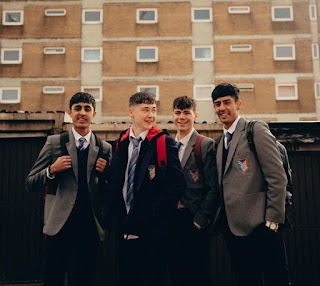 Channel 4 has confirmed that Ackley Bridge will return for a third series in 2019, with 8 brand new episodes commissioned from The Forge.

The first series was nominated for an RTS Award for Best Drama Series and won Best Drama, Best Actor, Best Director Fiction and Best Music and Use of Music at the RTS Yorkshire Awards. Series two, acclaimed by critics and audiences alike, concluded on Tuesday 21st August.

The idea for Ackley Bridge was inspired by schools in Lancashire and Yorkshire that were set up to integrate the white and Asian communities in some of the most divided towns in the country. It has won praise for the way it explores the lives of pupils and teachers alike with irreverence, wit, close to the knuckle humour and punchy, big hearted stories.

Manpreet Dosanjh, Commissioning Editor, says, “We’re thrilled that our beloved Ackley gang are returning to Channel 4 next year for what is sure to be another joyful, outrageous and unmissable series. This bold and ballsy show reflects modern Britain in all its diverse glory and does so with wit, grit and its heart firmly in the right place.”

George Ormond, Executive Producer, says, “Making Ackley Bridge gives us the chance to tell stories about a part of multicultural Britain that doesn’t get seen on TV very often, and do it with humour, guts and a big heart. We’re particularly proud to have given six writers their first hour of television drama in the first two series, five of whom are from diverse backgrounds.”

Ayub Khan Din, Executive Producer, added, “I'm so pleased to be given continued support by Channel 4. The Ackley Bridge curriculum gives you the three "R's" Race! Religion! and Rioting! Like a good Chicken Tikka Massala it has all the best ingredients with just the right amount of spice!"