Del Boy’s off to Hollywood! 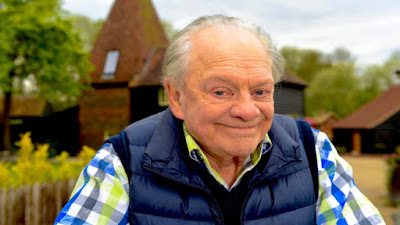 The nation's favourite comedy channel, Gold, has teamed up with Britain's favourite actor Sir David Jason, on a trip along the west coast of America by road, rail and air exploring both the rich heritage of iconic American transport and glimpsing the high-tech future on offer. The UKTV Original David Jason: Planes, Trains & Automobiles (5x60') is produced by Shiver, the ITV Studios label, and will air on Gold in 2019.

Train buff, one-time mechanic and pilot Sir David Jason will embark on an epic month-long journey in this special UKTV Original travel documentary series. It will take him north to south, from Seattle to Los Angeles, travelling on the iconic Amtrak Coast Starlight train. It's the biggest and best train he's ever been on, hugging the majestic west coast of the USA in all its 28-stop, 1,300-mile glory; truly the realisation of his lifelong ambition.

David Jason said,
All my life I've been obsessed with planes, trains and automobiles. And, of course, I'm well known for my association with the odd motor (including a certain three-wheeler). The west coast of America has seen - and is still witnessing - some of the greatest innovations in transport history - I can't wait to find out for myself how they do things over there. It's going to be fun, it's going to be entertaining, and I get the feeling I'm going to learn a great deal about this part of the world on my journey too.

This all-American travel experience captures numerous pit stops and excursions along the way as David disembarks for a series of encounters discovering the unique, pioneering history of the West Coast. A huge fan of all things mechanical, David also time travels between experiencing astonishing feats of engineering of the past to cutting edge technology of the near-future - everything from riding 100-year-old cable cars and Harley Davidson motorbikes, to flying on a legendary DC3 vintage airliner, driving the latest American Super Truck and investigating the prospect of sub-orbital space flight.


Iain Coyle added,
I'm so delighted to be working with Sir David again. I'm sure he, and the good people at Shiver, are going to take us on a fascinating journey, as he has the energy and inquisitiveness of a man half my age.

Gerald Casey, channel director for Gold, said,
It's a privilege for us to be working with Sir David Jason again and I'm delighted we'll get to share his passion for all things automotive. I can't think of anyone better to take the Gold viewers on a long vacation Stateside.

Mike Blair said,
This is a route that not only takes in some of the must-do 'bucket list' all-American travel experiences, but also reveals just how this part of the world has led the way in innovation. Everything there is bigger, better, faster .. we're so looking forward to going with David on this journey of a lifetime.

UKTV's increased investment in original programming has resulted in a 40% increase in commissions and the biggest commissioning slate in UKTV's 25-year history with successful launches, award-winning returning series and around 100 shows currently in the pipeline.

Last year, Gold celebrated 25 years on air with two hit retrospective documentary series also featuring Sir David Jason: David Jason: My Life on Screen, also produced by Shiver, and The Story of Only Fools and Horses, reaching over 2 million adults. The channel has also honoured comedy legends in the past with UKTV Originals The Two Ronnies Spectacles, Bring Me Morecambe and Wise and The Interviews. 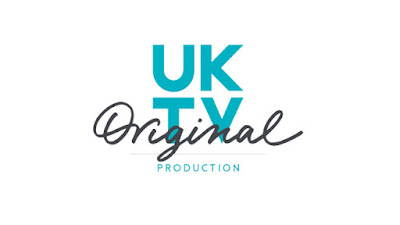