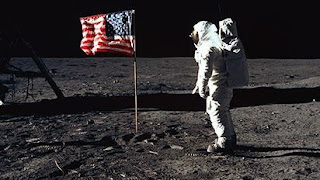 It was a monumental event, when the world came together to see if we could complete our greatest adventure ever. Sourcing incredible news archive from around the world as well as exclusive NASA footage, this project will re-tell the extraordinary ambition, bravery, anticipation and achievement that captured the world’s imagination some 50 years ago. With testimony from those who were there, the documentaries will tell the story of this historical feat in forensic detail, giving the viewer the feeling of following the event in real time.

The aim of the project is to immerse viewers in what happened during the dramatic launch, and the landing on the Moon. Included will be a Twitter takeover - six days between the launch and landing - updates will be tweeted out of the mission as they happened at that time of day leading up to the historic event. Additionally, 5 x 3 min films will go out after Channel 4 News on the week between launch day (Sunday) and landing day (following Saturday) with an update on the mission from that day.

Head of Factual, Danny Horan, said: “From the launch to the landing, our audience will experience, across several platforms, the Apollo 11 mission. Bold and ambitious, this speaks to our desire to look at events in history with a sharp focus to engage a new audience”.

Executive Producer for 72 Films, David Glover, said: “The exciting thing is to try to get viewers in 2019 into a similar headspace as those in 1969.”