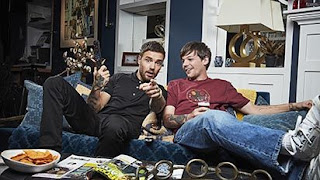 The Bafta award winning Gogglebox returns once again with a celebrity special for the fifth time. One Direction's Liam Payne will be sharing the Gogglebox sofa with his friend and fellow bandmate Louis Tomlinson as part of Channel 4 and Cancer Research's Stand Up To Cancer campaign on Friday 26th October.

Louis Tomlinson said, "At a time when this awful disease affects more of us than ever before, we have to pull together to make a difference. I'm delighted to join Liam as Stand Up To Cancer Goggleboxers this year, and hope we can help raise as much money and awareness as possible for the campaign."

Liam Payne added, "Louis and I are honoured to be a part of this year's Stand Up To Cancer campaign. We hope we can help raise much needed funds for such an incredible cause."