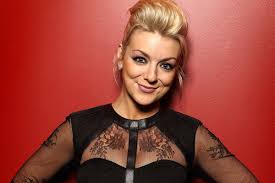 ITV has been given an intimate insight into the life of the award-winning singer and actress Sheridan Smith for a one-off TV documentary.

Sheridan Smith: Coming Home gives viewers a revealing look into the person behind the headlines.

For the first time and in her own words, Sheridan talks about her life addressing personal battles, revealing her love for her family, and lifelong passion for music with the launch of her brand new album.

Following the success of Sheridan’s debut album, the new album sees Sheridan delve into her own life experiences to co-write a heartfelt and deeply personal collection of songs.  “A Northern Soul” will be released later this year.

Shot by renowned director, Tim Pope the film follows the star as she embarks on some of her toughest personal and professional challenges.

The cameras will capture intimate moments as the award-winning actress heads back to her hometown of Doncaster for the first time since losing her father where she performs a very special emotional one-off homecoming gig back on the stage where she sang with her parents as a child.

“Filming this documentary has been an incredible emotional rollercoaster. Re- visiting old haunts and finally performing at the Bentley Top Club where my parents featured regularly has been a very therapeutic experience and has made me realise just how important my roots, family and friends are…”

“We are chuffed to bits to be working with Sheridan again in ‘Sheridan Smith: Coming Home’. She’s a very special and talented girl whose honesty and heart burns brightly through the screen. It’s a never before seen insight into her real life and how that’s inspired her music. And how fab that viewers are going to see it all in Doncaster too.”