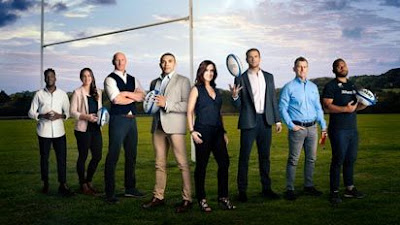 Channel 4 will show one live match from each round of European Club Rugby Union’s most prestigious tournament including one quarter-final, a semi-final and the final on 11 May 2019.

Ayo Akinwolere and Lee McKenzie will present Channel 4’s hour-long preview programme, The Big Tackle, which will go out in the build-up to each live match. The first show will review Friday night’s tournament opener between reigning champions Leinster and Wasps before looking ahead to the rest of the weekend’s action.

Channel 4 Commissioning Editor Joe Blake-Turner said: “We’re delighted to welcome back elite European Club rugby to terrestrial television for the first time in 15 years. Two former tournament winners kick off our coverage and in the following rounds we’ll be bringing viewers the cream of European rugby.”

The Big Tackle will preview key clashes from all the pools as well as featuring player video diaries, interviews, special features and behind-the-scenes insights.

In the first edition of The Big Tackle, Ed will detail how his life changed for ever 18 months ago having broken his neck diving into a swimming pool and the hard journey of recovery he has been on ever since. The Big Tackle will include player video diarists Billy Vunipola of Saracens and Racing 92’s Simon Zebo as well as featuring Gareth Thomas who will talk about winning the Heineken Cup with Toulouse in 2005 and life beyond rugby.

Channel 4’s live coverage of the pool stage will air during October, December and January.